Foam from the Bilge

Any idea what this foamy substance is? 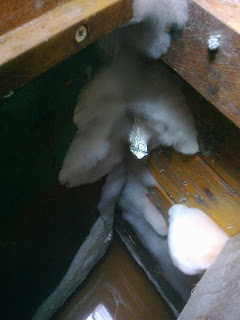 It collapses to next to nothing as soon as it is touched.
Posted by eeyore at 10:18 5 comments: 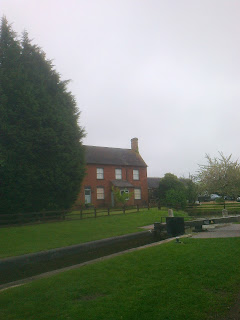 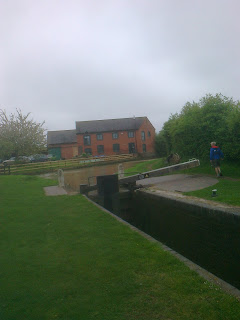 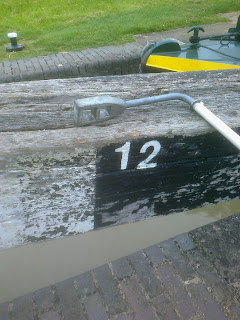 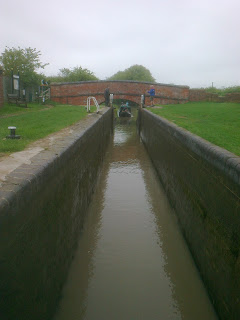 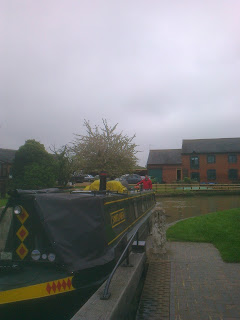 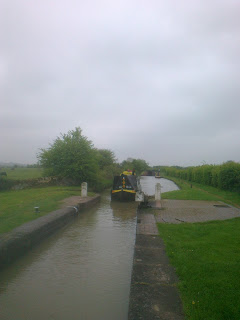 A GRAND DAY OUT

I went boating today but only got onto the boat for a cup of coffee.

SONFLOWER is in the hands of Tim. Tracey and Oakley. I met them at Marston Doles Lock No 16 to 'lock wheel' down the Napton flight.

Before I did, I spent some time in the company of Bill, a Canal and River Trust volunteer lock-keeper. 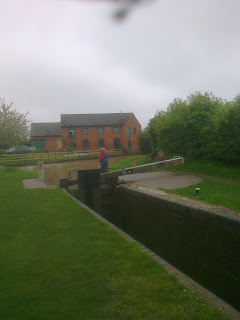 He was adjusting levels by running water down through Lock 16. Apparently there are problems down the flight because the top gate of lock 16 has been renewed and doesn't leak. All the others do and the levels in the pound below get rather too low! The back pumping scheme continues to work automatically to make things worse. As it takes three hours for the water to get to the bottom of the flight (Bill's estimate) it needs a bit of work to let water go down between the boats that were queuing to use the lock this dull Monday morning in May!

It was fun to chat to the variety of people who were using the flight. A real mixture of owners and hirers. A couple of working boats. A Royal Navy submarine officer and his family were on The Andrew. I was also of service to two boaters. One was wearing British Airways overalls. I commented that I expected he'd rather be flying. However he said his flying days were long past. However, a couple of boats behind I got chatting to a chap who had a rather nice Lister two cylinder engine, recovered from a RN destroyer auxiliary generator with only 80 hours on it. He mentioned that he had flown with BA. I told him about the first man. Later in the day I met him again. They had met up and found that fifteen years ago they had flown together!

I also met, and helped, single handers: nb UFO who wintered in Banbury last year and nb Salad Days who was meeting a friend in Banbury for a return cruise to Crick.

Another boat I helped along was nb Lapaz. We met him again at the water point at the foot of the locks. The master of this 'posh boat' was not at all complementary about Tim's helmsmanship on the long summit pound, suggesting that he was dawdling and meandering "all over the place". Tim had the engine on 1600RPM which equates to about 3mph on the S Oxford Canal. Quite a reasonable speed for leisure boating I would have thought. However, not fast enough for this clown. He hadn't had the sense or manners to ask to pass, however, and just mouthed off to Tracey, not knowing she was Tim's First Mate! Very Rude. I expect they are back home on The Ashby by now at the rate he left Napton! I wished them "God speed", which is slow on this canal! "Good riddance!"

I left Tim and Tracey with an Australian family on Kate Boat's nb Thomas David. They were having a different type of holiday having cruised through the Suez Canal and then from Rome around the Mediterranean Sea, they were now having a five day cruise on the English Canals before four days in London to complete their six week holiday. Quite an educational trip for their twelve year old daughter who didn't seem too keen on the prospect of the next nine locks! "We don't have canals in Australia", Mum commented. They decided to moor and have a meal at the Folly Inn as they had no food on board and were a mile away from the nearest shop! The Folly "canal shop" was not open although the signs were out. I think it was when I told them the next pub was 7 hours away that they made the decision!

The sun even shone in the afternoon. Bill, The volunteer lock keeper, was at the bottom of the flight by now, assisting and encouraging boaters who were starting the flight. "Join us, you'd enjoy it" he called. I told him that if I volunteered to work on the cut it would be another type of calling!

The purpose of this unusual journey?

SONFLOWER is going to the Crick Boat Show and that means going North. She needed to point in the opposite direction to how she is normally moored. A little over a quarter of a mile backwards saves two miles, two lift bridge operations and two locks! That's about two hours cruising forwards!

Canal and River Trust have published their Report on Visitor Mooring changes in the SE Region.

Have a good look and you will see that they listened to the responses and have changed the proposals in many areas.

Now we have the pilot year with changes in eight key sites to look forward to.
Posted by eeyore at 17:34 No comments: